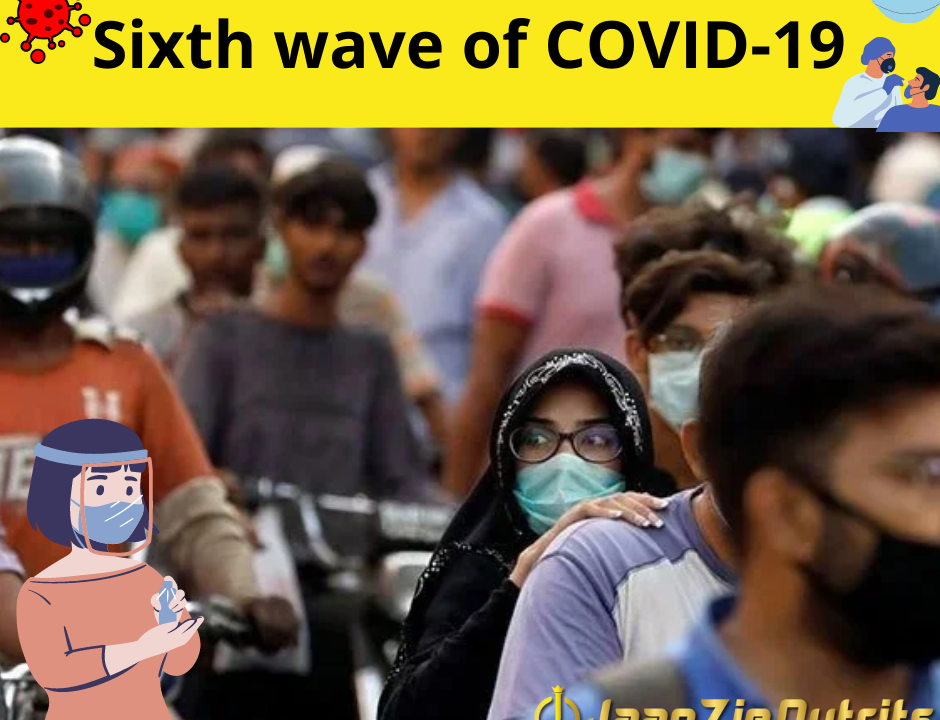 KARACHI: The health professionals on Tuesday issued a warning in light of the recent uptick in COVID-19 cases across the nation, stating that the increase in new infections could end up becoming the pandemic’s sixth wave.

In Pakistan, especially Karachi, a new fast-spreading variety known as BA.5 has been discovered

In order to protect themselves from the deadly illness, the medical professionals advised the populace to wear face masks and maintain social distance.
The physicians stated that although those who currently have the virus are only exhibiting minor symptoms, things could get out of hand if individuals do not take precautions.

According to the figures, Karachi has been the province’s most impacted metropolis with 340 positive cases. Health department representatives reported that in the previous seven days, the port city had a 10.69 percent positive rate.

In the remaining portion of Sindh, 9,892 tests were completed, of which 34 were positive.

Dr. Saeed Khan, a professor of molecular pathology who directs the Sindh Public Health Lab at the Dow University of Health Sciences (DUHS), said in an interview with dawn.com that a new fast-spreading variant known as BA.5 had been reported in Pakistan, including Karachi, and that it was now being locally transmitted.

In response to a query, he stated that although there have been reports of other sub-variants of Omicron in Karachi, the new variant is more contagious.

He added that it had been a problem in other regions of the world and that the unvaccinated, the elderly, and those with weakened immune systems were particularly at risk.

After almost five months since the last coronavirus outbreak in the nation, the deadly disease is resurfacing in Pakistan.

The National Institute of Health (NIH) reports that after 13,300 tests were performed, 204 more patients have tested positive for coronavirus in the last 24 hours, bringing the positivity ratio to 1.53 percent.

The number of daily coronavirus infections in Pakistan has surpassed 200, according to the official count, for the first time since April 9.

According to NIH statistics, 66 people who have coronavirus infections are now being treated in hospitals all over Pakistan’s intensive care units (ICU).