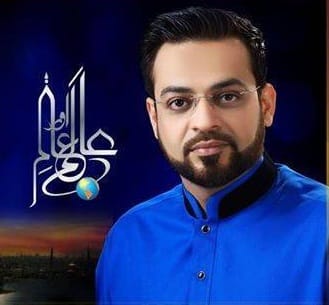 The PTI leader was found unconscious at his home and shifted to a private hospital in a critical condition where he was declared dead.

Reportedly, Dr. Aamir Liaquat felt uneasiness Wednesday night but refused to go to the hospital. His servant rushed to his room after he shouted in pain but the door was locked. The servants broke the door when they did not receive any reply from him.

Karachi DIG (West) Muqaddas Haider confirmed that Aamir Liaquat expired half an hour before he was shifted to a hospital.

The police officer said Liaquat‘s condition deteriorated early in the morning after which he was moved to Aga Khan University Hospital, where he was later declared dead.

He said that there were no signs of torture found on Aamir Liaquat‘s body. He added that initial reports show no foul play; however, the post-mortem examination of the politician will be conducted at the Jinnah Postgraduate Medical Centre.

The Karachi DIG said a post-mortem of the body will be carried out and the police teams have also been collecting evidence from the site as well.