Pakistan denies Indian allegations that it was involved in the assassination in Udaipur. 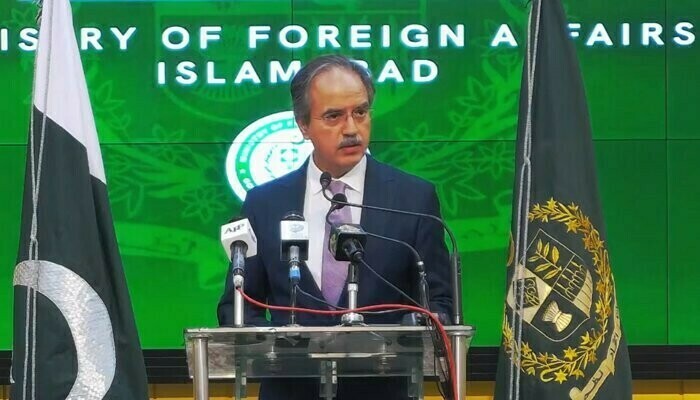 Foreign Office Spokesperson Asim Iftikhar said in a statement released on Wednesday that such insinuations are an attempt typical of the BJP-RSS-led “Hindutva” regime in India to defame Pakistan by externalizing India’s internal problems by blaming Pakistan.

According to the spokesman, neither in India nor overseas, such malevolent attempts to deceive the public will be successful.

Police in the Indian state of Rajasthan had earlier in the day banned public gatherings and shut down internet access out of concern for outbreaks of religious violence.

According to Hawa Singh Ghumaria, a top police officer in the northwest state, the murder had “sent shockwaves through the country” and that “we are under tight orders to prevent any type of protests or demonstrations scheduled to condemn the murder.”

Pakistan on Wednesday dismissed India’s “mischievous” attempt to associate the suspect in the Udaipur murder case with a Pakistani organization.

The Foreign Office spokeswoman issued a statement stating, “We have observed reports in a part of the Indian media relating to investigations into the murder case in Udaipur, mischievously seeking to link the accused individuals – Indian nationals — to an organization in Pakistan.”

While “categorically” dismissing the allegations, the spokesperson claimed that the association was a “typical” effort on the part of the BJP-RSS “Hindutva”-driven Indian dictatorship to defame Pakistan, “including externalizing their internal concerns through pointing fingers towards Pakistan.”

Such malevolent tactics, whether made in India or overseas, “will not succeed in fooling the public,” the official said.

One reply on “Pakistan denies Indian allegations that it was involved in the assassination in Udaipur.”